“We’re the ninth-safest city in the world. How do you think I did it? How did I reach that title as mayor among the world’s safest cities? Kill them all [criminals].”

In a surprising move, Filipino President, Rodrigo Duterte announced on October 2, 2021 that he would not be running in the country’s upcoming election next May and instead plans to retire from politics.

Having held office since 2016, Mr. Duterte has constitutionally met his term limit as the Southeast Asian archipelago’s head of state. Still, pundits around the world have been hesitant to count “Duterte Harry” out, mulling possibilities of a constitutional challenge, if not a vice-presidential run at the least.

Why does this matter? Who is Rodrigo Duterte, and why do Filipinos call him “The Punisher?”

PATH TO THE PRESIDENCY

If Rodrigo Duterte is anything, he is a product of his times. The president was born into a harsh postwar world in the 1945 Pacific. Raised in the crime-ridden Davao region, Duterte survived sexual abuse at the hands of a Catholic priest in his childhood. He was expelled twice from elementary school. In 1968, his father, Vincente Duterte, a lawyer and politician, died of a heart attack in court while his son was in college.

After working from 1977 to 1986 as a city prosecutor, the liquidation of the Marcos regime brought Duterte the opportunity of becoming mayor of his hometown, Davao City. He would go on to win a series of elections, spending the better part of the 1988 to 2015 period as Davao City’s mayor. Famously, as he came into office, Davao City had the highest murder rate in the Philippines. After a brutal, 25-year war on drugs waged by death squads, Duterte had skyrocketed to notoriety as “The Punisher” and purportedly left Davao City as the fifth safest urban municipality in the world.

Going into the May 2016 general elections, Filipinos were looking for a leader to herald a tough-on-crime, Philippines-first approach. Duterte’s resume was a natural choice. Despite announcing his intention to retire from politics in September 2015, he retained a loyal online following calling him to run. After months, Duterte’s daughter, Sara Duterte-Carpio, agreed to take over his position as Mavor of Davao City so that he could run for president. The former mayor became an instant favorite and won the general election in May 2016 with 39.01% of votes cast. “THE PUNISHER” ON THE NATIONAL STAGE

Rodrigo Duterte’s leadership has been a mixed bag for the Philippines. Domestically, the president has been described as a socialist for his leadership in tax reform, infrastructure, and public education. As he nears the home stretch of his six-year term, Duterte will be best remembered for his war against drugs and crime that many international organizations estimate to have cost tens of thousands of lives. The draconian crackdowns are widely popular among Filipinos, although it has been speculated that Duterte’s July 2020 Anti-Terrorism law silenced any opposition. In September 2021, “The Punisher” became the only sitting president in the world to be investigated for high crimes by the International Criminal Court.

Internationally, Duterte was known for his Anti-Western, populist stances. The president’s leadership has strengthened Filipino ties with China and Russia, noteworthy given the island nation’s key geopolitical position on the ever-contentious South China Sea. Conversely, the once cordial Filipino-American partnership has been characteristically icy since 2016.

Riding a similar populist wave that brought Donald Trump to power in the 2016 U.S. elections, Duterte’s support among constituents has floated safely between sixty and eighty percent, even as the president weathered a series of scandals during his tenure. President Duterte has separately called both former U.S. President Barack Obama and Catholic Pope Francis sons of whores and compared himself to Hitler. If shocking from a Western perspective, these examples of Duterte’s brass political ethos were actually tools that made him more popular domestically—even if internationally his reputation suffered.

THE FUTURE OF THE PHILIPPINES 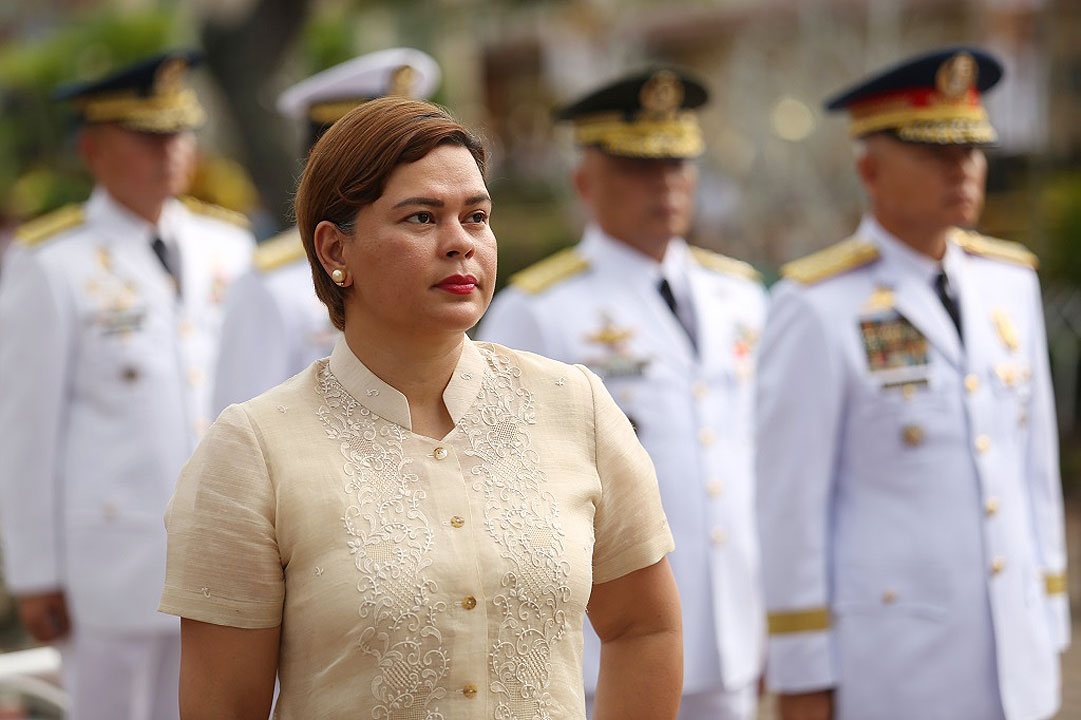 The Philippines has not heard the last of the Duterte name. Sara Duterte-Carpio, the daughter of the current president and his mayoral successor has been called  “next in line” for her father’s position. This is not to imply an empty race in the May elections. Other competitors for the position include former eight-division world champion boxing sensation, Manny Pacquiao, the son of right-wing dictator, Ferdinand Marcos, and the current vice president, Leni Robredo.

Nevertheless, skeptics urge the international community to question Duterte’s signaled departure, citing his 2016 path to the presidency, which similarly began with a “retirement.” And while the Philippines maintain term limits in most elected positions, Duterte has previously bypassed them by serving as Vice Mayor of Davao City from 2013 to 2016, during which he unofficially retained many of his mayoral privileges. It is suspected that President Duterte may use the same loophole in 2022 with his daughter, additionally making his October announcement to retire from politics noteworthy.

Whoever succeeds Rodrigo Duterte will define his legacy. The next president will undoubtedly shape the Philippines’ cooperation in the ICC human rights investigation over Duterte’s anti-crime crackdown and additionally determine whether the country intends to realign with the West or establish its reputation as an anti-systemic power in Southeast Asia. Populist leaders around the world will likely keep a close eye on how the president fares in his transition.

Hardy Williams is a sophomore at Johns Hopkins University studying Public Health and International Studies. He is originally from Oklahoma City, Oklahoma and is an editor with the Hopkins Podcast on Foreign Affairs.